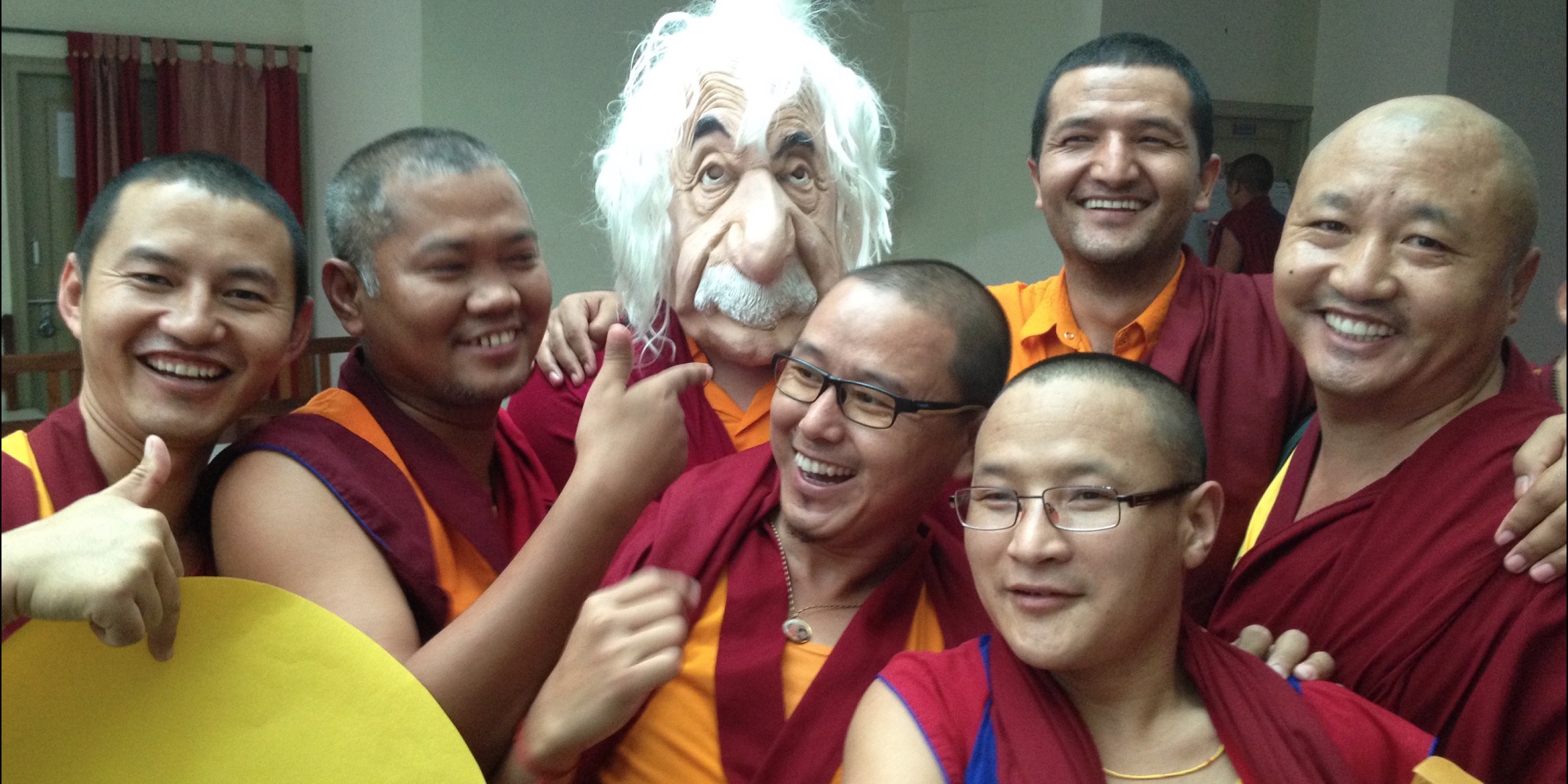 If the Dalai Lama didn't become a monk, he would have been an engineer. Even today, science and mathematics fascinate him. But in spite of this, many Tibetan monks are unfamiliar with modern science, some not even knowing that the Earth revolves around the sun.  In an attempt to remedy this, the Dalai Lama helped to create a program to connect western teachers of science with Tibetan Buddhist monks - a program called Science for Monks.  During this program, the monks learn about mathematics, astronomy, physics, developmental biology, and neuroscience.

Today, we are joined by one of these teachers of this program - astronomer Dr. Chris Impey from the University of Arizona.  He jumped at the chance to travel to India to teach the Buddhist monks and nuns basic astronomy and cosmology.  Unable to use the technology that was the norm for his modern classrooms at the University of Arizona, Chris had to come up with new ways to engage his students, employing simple, yet interactive techniques.  He led the monks on an exploration of topics from planets around other stars to the scale of the universe.

Although some of these monks did not have prior education even in basic mathematics, Chris was amazed by their enthusiasm, their ability to grasp the most complicated concepts, and the jovial manner in which they debated with one another. And living and interacting with the monks in spartan conditions far from the distractions of the western world taught Chris a little something too. It's something that other scientists, and perhaps all of us, can learn from these monks.

Chris wrote a book about his experience with the monks, called Humble before the Void

.  Today, he talks to us about his experience.

One thought on “Ep. 19: The Dalai Lama, Tibetan Monks, and Science – with guest Dr. Chris Impey”